“THE bird is freed”. That is what Elon Musk tweeted yesterday on the news that he has finally taken over Twitter, the emblem of which is a ­little blue bird.

It was a typically trolling message from the tech entrepreneur who is now the world’s richest man.

Musk has been trying to take over Twitter for most of this year.
But having first stalled, then pulled out of the deal, then returned to the deal, he has now got ownership of the platform he has long wanted to own.

And started off with a grand firing spree at the top of the company.

So why did he want to own it?

Because in recent years Twitter has become the town square of the world. 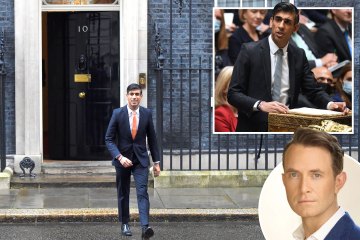 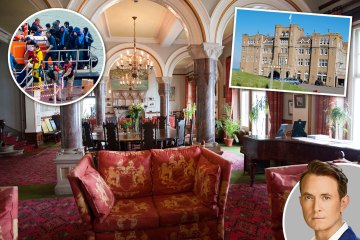 It has around 400million users worldwide. And although that may only be a tiny percentage of the planet, it is the noisiest 400million people who use it.

Politicians, celebrities, influencers and even journalists have found it a tremendously useful platform from which to promote their views.

There are great advantages to that. It means that almost anyone with a fast or hot take can “trend” on Twitter.

It also means that online mobs can go after and hound anyone who has said anything that most ordinary non-Twitter people think.

One result of this is that Twitter has skewed the whole culture and debate.

Yet there is a layer even beneath that, which is that over recent years Twitter has shown itself to be massively politically skewed. Perhaps it always was.

But it became clear that it leant in one particular political direction.

People who were on the fringes of the political Right or conservative movements found themselves chucked off Twitter with lifelong bans.

This may have started with some pretty marginal voices, but it ended up with the President of the United States — Donald Trump — being banned from the platform.

Just as outrageous was that Twitter decided to silence the free press.

When the New York Post came into possession of Hunter Biden’s laptop ahead of the last US presidential election the paper had a huge story.

The contents of the laptop showed serious corruption and abuse of power within the Biden family.

But Twitter decided that ahead of an election it could not allow this story to get out.

Unbelievably the censors locked the Twitter accounts of the New York Post (America’s oldest newspaper) and tried to silence people who passed the story around.

It was outrageous interference in an election and an appalling stifling of the free press.

Perhaps just as bad, was what Twitter was doing behind the scenes.

For years employees had their hands silently on the scales. That is, they turned out to have a bag of tricks — such as shadow-banning and muting accounts — that they pretended not to have but clearly did.

The platform pretended to be about free speech. In fact it became a silent and dishonest censor.

A censor that could change the rules at any moment and abuse the enormous power that the platform had.

And again, though this started on the fringes it came all the way to the mainstream.

Not least by silencing people who said things that were absolutely true.

Twitter calls things it does not like “disinformation”. But in recent years this word has come to cover things that are true as well as things that aren’t.

For instance Twitter has in recent years silenced, frozen or muted accounts which say that there are only two biological sexes.

That statement is absolutely true. There are not a million “gender identities”.

There are two sexes. But say that on Twitter and your account will be frozen or locked for good.

That is why Elon Musk started to take an interest in buying the platform.

Because he recognised that the power that Twitter has was not just vast but was being unfairly wielded.

Musk himself is a typical Silicon Valley libertarian by nature. But over the last couple of years, as he has seen the American Left go nuts, he has definitely become more conservative.

Earlier this year he said he would probably vote Republican at the next American election.

And this is the real reason why there is now a meltdown among Twitter’s staff and the wider Left online and off.

Over recent years they believed that Twitter, Facebook and the other online platforms are their toys and theirs alone.

They have not told their customers that they want to move the world left but that is what they have been trying to do.

Not least by silencing conservatives and everyone else they disagree with.

Because if Twitter has become the public square then — for good or ill — it needs to be open, transparent and, yes, free as a bird.