by Corruption By Cops
in WatchDog
0 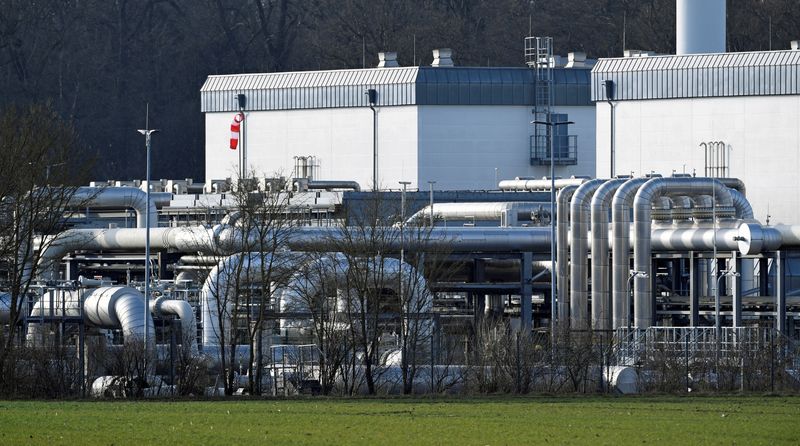 © Reuters. The Astora natural gas depot, which is the largest natural gas storage in Western Europe, is pictured in Rehden, Germany, March 16, 2022. Astora is part of the Gazprom Germania Group. REUTERS/Fabian Bimmer

LONDON (Reuters) -A temporary brake on gas and electricity derivatives when prices spike could improve how energy markets operate, the European Union’s securities watchdog proposed on Thursday, along with more fundamental changes over time.

The European Securities and Markets Authority (ESMA) said the number of trading halts in energy derivatives has been very low in recent weeks despite rules on circuit breakers already in place and prices racing higher following Russia’s invasion of Ukraine in February.

“It would, therefore, appear useful to consider implementing, on a temporary basis and for energy derivative markets only, a new type of trading halt mechanism,” ESMA said in a statement.

The parameters of such a mechanism should be set at the EU level to apply to all platforms that trade energy derivatives, it said – step that would override exchanges.

“We would envisage these mechanisms to trigger halts for a limited period of time only and in exceptional circumstances, for instance, in case of extreme volatility spikes that may lead to disorderly trading conditions,” ESMA said.

Such a mechanism would need to be implemented as part of emergency measures tackling the current energy crisis, it added.

ESMA was responding to a call for “concrete plans” from the EU’s executive arm, the European Commission, to address issues raised in energy markets by high prices that are forcing governments to offer help to energy companies.

Energy firms sell their output using derivatives markets, requiring them to post “margin” in the form of cash, in practice, to cover positions at clearing houses in case they turn sour.

ESMA said on Thursday it could formally clarify that commercial paper and EU government bonds already qualify as collateral. But it rejected an industry suggestion that EU carbon emission allowances could also be used, given their “high volatility and limited legal protections”.

It also had concerns about making uncollateralised commercial bank guarantees eligible for use as collateral, and said strict conditions would need to apply.

ESMA said such conditions include a time limit on their use, such as for the winter period when stresses in energy markets are expected to continue.

“ESMA believes that prudential requirements should continue to underpin any such exposures and limit banks’ concentration risk, which would then have impact on the practical use of such type of collateral,” the watchdog said, referring to banks’ putting aside capital to cover risks from guarantees turning sour.

Clearing houses should also set limit to ensure that a bank guarantee only represented a “small share” of total initial margin requirements.

Such safeguards will be welcomed by banking regulators in the bloc, worried about a loosening of capital rules.

A top European banking supervisor said lenders should not be encouraged to give guarantees that are not commercially priced and backed by appropriate capital.

EU states hold a summit next week to decide on emergency measures to help energy companies.

ESMA signalled a need for regulators to have a much broader grip on commodity markets to not just include exchanges, but also over-the-counter or off-exchange trading, and transactions in the physical market.

It was “crucial” that national supervisors in EU states have increased visibility over OTC trades that cover the same market as those traded on exchanges, ESMA said.

Furthermore, physically settled gas and electricity products should at least have to comply with minimum transaction and daily position reporting requirements to increase transparency, it said.

Regulatory waivers to large non-financial firms that can trade in commodity derivatives should be scrapped so they require an investment firm licence, ESMA said.

“This would ensure that such significant entities active in commodity derivatives markets conducting essentially the same business as investment firms would be subject to the stringent requirements established in financial regulation,” ESMA said.