by CorruptionByCops
in Corrupt Prosecutors
0 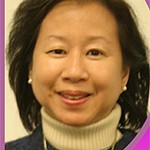 In honor of Women’s History Month, Kings County District Attorney Charles J. Hynes has selected thirty one “extraordinary women” from the Borough of Brooklyn, one for each day of the month, to have their photographs and accomplishments displayed on a calendar in the lobby of 350 Jay Street, to be unveiled in a ceremony on Monday, March 16 beginning at 11:30am, to which the public is invited.

Among the honorees is Heights resident and civil rights attorney Elizabeth R. OuYang, about whom Mr. Hynes’ website says this:

Elizabeth R. OuYang has been a resident of Brooklyn Heights since 1991. A civil rights attorney active in hate crimes prevention locally and nationally, she has worked to strengthen New York State hate crimes law. As Executive Vice President of OCA-NY, she created and leads its citywide hate crimes prevention art contest. Elizabeth teaches a pre-law course at New York University’s Department of Social and Cultural Analysis and at Columbia University’s Center for the Study of Ethnicity and Race. She has led training at NYU on navigating the U.S. census for UPROSE, a youth group in Sunset Park, Brooklyn and worked in coalition with United Chinese Association of Brooklyn on addressing hate crimes. As part of OCA-NY, she has conducted voter registration drives in Brooklyn. As a consultant with the New York City Bar Association and the New York Immigration Coalition, she conducted pro-bono legal advice clinics at immigrant organizations in Brooklyn on federal immigration policies impacting the Arab, Muslim, and South Asian communities. She was a volunteer mentor and moot court judge with Brooklyn Legal Outreach, an organization that prepares low income high school students in Brooklyn for college by developing their oral, written, and leadership skills.