EndSARS: List of States That Did Not Constitute Panels to Investigate Police Brutality

by CorruptionByCops
in Police Killings
0

One year after Vice President Yemi Osinbajo-led National Economic Council directed states to compensate police brutality victims in the country, a report shows some states did not constitute panels to investigate the brutality, not to talk of paying.

According to The Punch, activists have said they would hold rallies commemorating the second-year anniversary of the EndSARS protests at the Lekki tollgate and other parts of the country on Thursday, October 20. 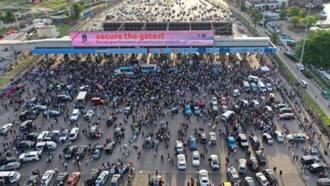 However, the police had warned against violence during the protest.

The October 20, 2020 EndSARS protest started as a peaceful protest by some youths in some part of the country against the excesses and brutality of the now-disbanded Special Anti-Robbery Squad (SARS) of the Nigeria Police Force.

The protests were hijacked by violence after thugs attacked the protesters. Police stations were burnt, and businesses were looted.

According to The Punch’s report, about 51 civilians, 11 police officers, and 7 soldiers reportedly died in the attacks while many of the protesters were detained.

The presidency and state governments then set up judicial panels of inquiry. The panels investigated police brutality and extra-judicial killings, among others.

However, about 7 states did not set up the panels, they included:

Does N.Y. need to keep aging inmates in prison?

Does N.Y. need to keep aging inmates in prison?